Fantastic Life Of Bees – Why Are They Important?

Bees play a key role in our planet’s ecosystem. In fact, the honey bee is the most important single species of pollinators in the world, thus providing humans and animals the food they need to survive. If there were no honey bees, the world would not have broccoli, berries, apples, cucumbers, and a lot of other foods. Bees also produce honey and wax. Despite such important jobs, the honey bee has a fairly short lifespan. How long the honey bee lives depends on whether it is a drone, a worker bee, or a queen bee.

The lifespan of a bee depends on what type of bee it is. Drones (male bees hatched from unfertilized eggs) live for about eight weeks. Sterile bees are worker bees, they are females, but have stunted ovaries, and they usually live up to six weeks during the summer and five months or more during the winter. However, the queen bee, the only fertile bee in the colony, can live for several years.

The Life Cycle Of The Honey Bee

The life cycle of a bee consists of three stages: larval stage, developmental stage, and adult bee stage. Collectively, this is known as complete metamorphosis because the shape of the bee changes drastically from a larva to an adult bee. The larval stage is similar in worker and queen bees, these are both female bees that hatch from a fertilized egg.

Worker bees, drones, and queen bees are all fed royal jelly as larvae for the first few days, but after that only the queen bee continues to receive royal jelly, supplemented with honey, and this feeding lasts until the end of the larval stage. Worker bee larvae are fed a mixture known as “worker’s jelly” or “breeding food”, while drones, the male bees hatching from infertile eggs, feed on the modified version of the worker bee’s diet, including increased amounts of pollen and honey during the larval stage.

During the development phase, the bees form wings, legs, internal organs, and the other parts of the adult body using the fat deposits that accumulated in the larval stage. There are also small hairs that grow on the body of the bee. It usually takes a total of 21 days to become an adult worker bee, approximately 24 days for drones, and about 16 days for queen bees. Queen bees develop faster thanks to their rich diet.

The queen bee is also the largest bee in the colony, it is about 2 cm long- about twice as long as the worker bee. Drones are bigger that worker bees, but never as big as queen bees. 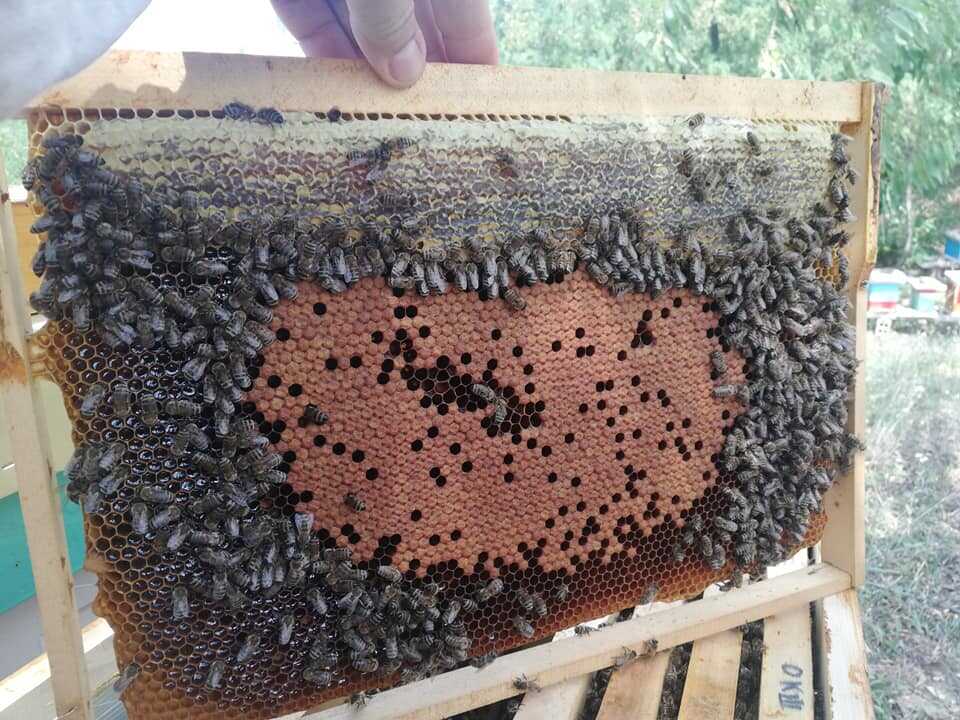 The Lifespan Of The Honey Bee

The first part of the life of these bees is spent working in the hive, while the last part of life is spent finding food and collecting pollen or nectar. Worker bees also collect water to cool the inside of the hive on hot days, and use the water to dilute the honey before feeding it to the larvae. The worker bees are responsible for pollination: when they land on plants or flowers, they collect pollen dust all over their bodies, and then use specially adapted legs to shed pollen, leaving it on other plants.

During the summer, the worker bees live only five to six weeks, purely because of the heavy workload. Summer is their most active time of the year, when they spend days looking for food, storing nectar, feeding larvae, and producing honey. These bees live longer in winter- five or more months- because their fat deposits increase and their well-developed glands provide food for the larvae.

Factors Affecting The Lifespan Of The Honey Bee

The lifespan of a bee can be affected by many factors. Often bees die from natural causes, but sometimes they can be eaten by other animals or killed by other bees. Worker bees can die from overwork. However, the biggest threat to bees is a disease or infection that in severe cases can destroy entire colonies.

For example, the parasitic fly Apocephalus borealis forces bees to leave the hive and die, and then the larvae of the flies emerge from the dead bees. This fly also spreads the deformed wing virus. A bee in which an Apocephalus borealis fly egg has been laid consciously leaves the colony because she is aware that she can  endanger her family.  She leaves and dies in agony as the larva Apocephalus borealis devours her from within. These are the bees that fly into our houses at night and behave strangely. Other threats to honey bees are pesticides, habitat loss, and mites.

The Lifespan Of The Queen Bees

The queen bee has a very important function in the colony and has the longest lifespan so far. While the average lifespan of a queen bee is two to five years, it is known that some queen bees lived up to seven years of life, although that is rare. About a week after the new queen bee leaves her cell, she embarks on several flights to mate with as many as 20 drones.

The queen bee’s survival in the harsh winter months largely depends on how sustainable the colony is. A strong worker bee colony protects the queen and regulates her temperature.

The Lifespan Of Drones

Drones have no useful purpose in a beehive. They do not produce food, they do not feed the young, and they do not produce wax. In fact, they consume the resources of the colony and serve only one purpose: to mate with the queen bee. Drones leave the hive for the first time six days after they emerge from the pupa, fly to areas known for gathering of drones, and return to the hive only after they had failed to mate. Successful drones die minutes or hours after mating with the queen bee, and other drones survive only as long as the worker bees allow it. If there is a lack of food, worker bees kill or expel drones. Drones rarely survive the winter because worker bees want to protect their limited resources. When the drone is thrown out of the hive, it soon dies of cold or starvation. The average lifespan of a drone is eight weeks.

The life of bees is very picturesque. It shows us how life depends on the quality of food. They also offer us proof of the natural hierarchy.

When Honey Bees Come Out Of Their Hive?

Can Bees Fly in the Rain? Do Bees Come Out In The Rain?

Can Bees Fly Backwards? Is That Really True?