Interesting Facts From The Life Of The Queen Bee: The Ruthless And Vulnerable Mother Of All Bees

Just as befits the real queen, the queen bee has 24 hours a day worker bees that constantly take care of her. These worker bees spend most of their time feeding, cleaning, and even digesting food for their queen bee. Without such care, the queen bee would soon die.

As the only sexually mature female in a bee colony, the queen bee is not only unique in appearance, she is vital for the survival of that colony. The queen bee is the mother of all bees that keeps the colony together and can lay up to 1.500 eggs a day. Although egg laying is her primary task, the queen bee has some other qualities that might surprise you.

The Queen Bee Is Not The Ruler

It is often assumed that the queen manages the hive as a monarch would do in the human world, spending her days ordering those below her. True, the queen bee has a certain influence on the behaviour of worker bees, but most activities take place according to a democratic system.

Most daily tasks are performed under the control of pheromones and other chemical signals that appear instinctively. For example, when a swarm makes a decision to move to another place, that decision will be made by a certain type of voting, in which the majority wins.

The Queen Bee Mates Only Once In A Lifetime

Most insects have a short lifespan, but few people know that a queen bee can live up to seven years. Her lifespan mainly depends on the number of drones with which she mated. The queen bee will mate only once in her life, and the seed she collects from the drones will be used to lay eggs.

Queen bees mate during their flight with as many drones as possible, so technically they will mate several times, but only during one or two days. A colony with a well-fertilized queen bee will develop well, but after a few years, that same queen bee will consume most of the genetic material. And when that happens, the queen bee cannot mate again, so she will be replaced by a young queen which is introduced into the colony by a beekeeper, or the bees will choose her successor themselves. 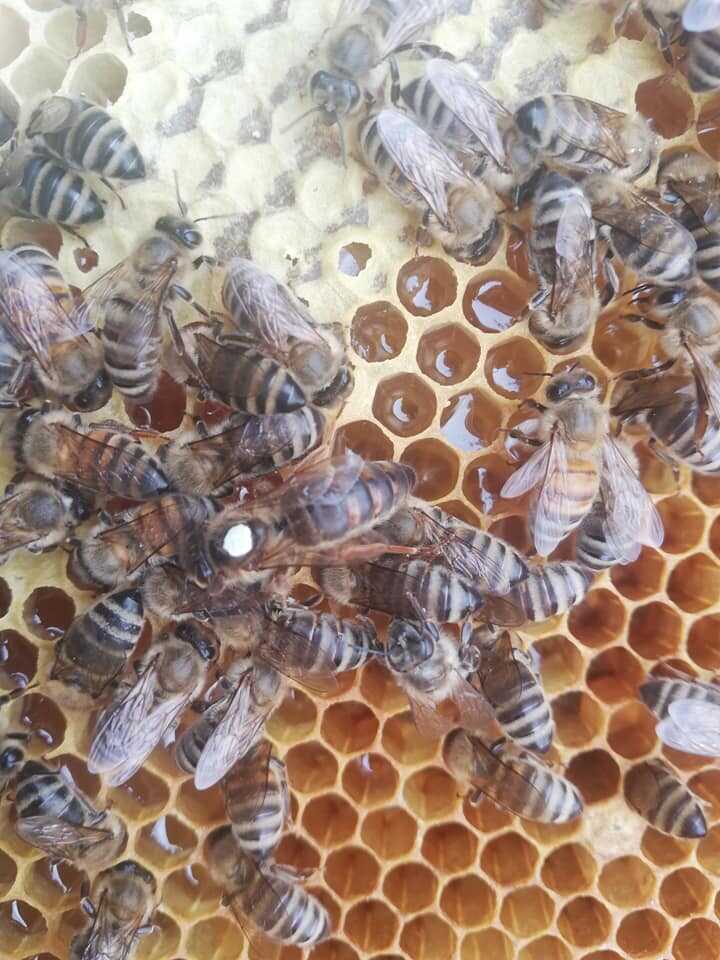 The Fate Of An Egg Is Determined By Diet

The fate of an egg is determined by diet. For the first few days, all larvae feed on royal jelly, but on the fourth day, the larvae of the worker bees begin to feed on pollen and honey, while the larvae of the queen bees will continue to have a royal jelly based diet until they are fully developed.

A Royal Fight To The Death

During a selection of a new queen bee, the worker bees will often select more than one candidate. In this way, they increase the chance of getting a strong and reliable queen bee. However, there can generally be only one queen bee in the hive, so when new queens hatch, they must kill their rivals.

The new queen bee will sting her rivals, that are not yet hatched, to death, and if two queen bees hatch at the same time, there will be a fight to the death.

A Sting Brings Life And Death

Worker and queen bees’ stings are actually modified abdominal extensions that serve to lay and position eggs. This means that only female members of the bee colony are able to use the sting to stab and lay eggs. Even though both worker bees and queen bees can sting and lay eggs, their stings have slightly different functions.

On the other hand, the queen bee’s sting is smooth and can be used multiple times, but queen bees use their stings exclusively to fight other queen bees.

A Queen Bee On A Diet

Even though in the hive the queen bee represents great authority, the truth is that she is entirely at the mercy of her worker bees who put her on a diet at certain times of the year. In the spring, large bee colonies divide when swarming occurs in order to expand the colony.

Almost half of the colony along with the queen bee leaves the hive to start a new colony elsewhere.The rest of the bees choose a new queen bee and continue to live. From a bee’s perspective, swarming is a dangerous and risky endeavor, and the greatest risk is borne by the queen bee.

Namely, the queen bee, who almost never leaves the safety of the hive, now has to fly a long distance to reach a new destination. Due to their size and weight, queen bees are poor flyers, so worker bees will reduce her “food portions” prior to swarming, to get her in shape for flight, and the queen bee will have to lose one third  of her normal body weight before flying.

When Honey Bees Come Out Of Their Hive?

Can Bees Fly in the Rain? Do Bees Come Out In The Rain?

Can Bees Fly Backwards? Is That Really True?